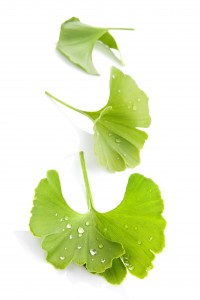 Increase blood  flow to the brain and throughout the body’s blood vessels that provide blood and oxygen to the organ systems: thus, increases metabolism effciency and oxygen levels in the brain

It also was found to help control the transfornation of cholesterol to plaque associated with the hardening of areries, and may relax constricted blood vessels while blocking the platelet activating factor. 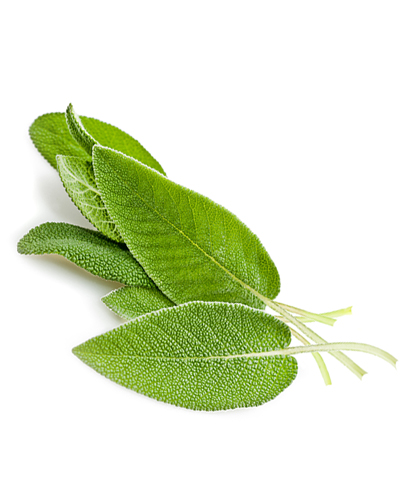 The Latin name for sage, salvia, means “to heal”. Although the effectiveness of Common Sage is open to debate, it has been recommended at one time or another for virtually every ailment. Modern evidence supports its effects as an anhidrotic, antibiotic, antifungal, astringent, antispasmodic, estrogenic, hypoglycemic, and tonic. In a double blind, randomized and placebo-controlled trial, sage was found to be effective in the management of mild to moderate Alzheimer’s disease. Internally for indigestion, gas, liver complaints, excessive lactation, excessive perspiration, excessive salivation, anxiety, depression, female sterility, menopausal problems.It is astringent and stimulant in its properties and used to treat joint pain like Sandhivata, Amavata Externally for insect bites, throat, mouth, gum, skin infections, vaginal discharge 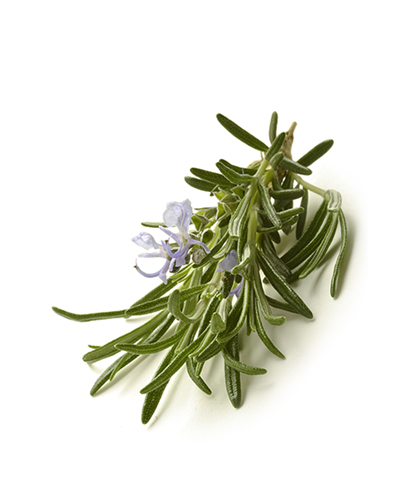 Rosemary has a very old reputation for improving memory, and has been used as a symbol for remembrance (during weddings, war commemorations and funerals) in Europe, probably as a result of this reputation.[citation needed] Mourners would throw it into graves as a symbol of remembrance for the dead. In Shakespeare’s Hamlet, Ophelia says, “There’s rosemary, that’s for remembrance.” One modern study lends some credence to this reputation. When the smell of rosemary was pumped into cubicles where people were working, those people showed improved memory, though with slower recall. Another study indicated that carnosic acid, found in rosemary, may shield the brain from free radicals, lowering the risk of strokes and neurodegenerative diseases like Alzheimer’s and Lou Gehrig’s. Rosemary contains a number of potentially biologically active compounds, including antioxidants such as carnosic acid and rosmarinic acid. Other bioactive compounds include caffeic acid, ursolic acid, betulinic acid, rosmaridiphenol, and rosmanol 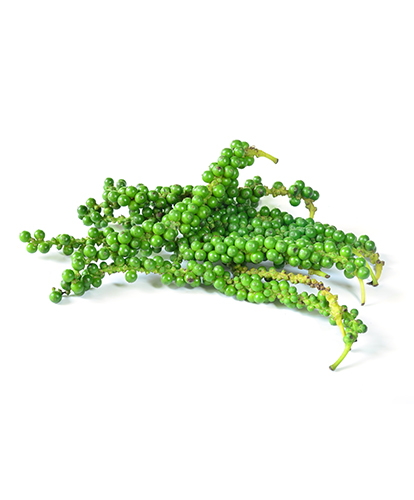 Like all eastern spices, pepper was historically both a seasoning and a medicine. Long pepper, being stronger, was often the preferred medication, but both were used. Black peppercorns figure in remedies in Ayurveda, Siddha and Unani medicine in India. The 5th century Syriac Book of Medicines prescribes pepper (or perhaps long pepper) for such illnesses as constipation, diarrhea, earache, gangrene, heart disease, hernia, hoarseness, indigestion, insect bites, insomnia, joint pain, liver problems, lung disease, oral abscesses, sunburn, tooth decay, and toothaches. Various sources from the 5th century onward also recommend pepper to treat eye problems, often by applying salves or poultices made with pepper directly to the eye. There is no current medical evidence that any of these treatments has any benefit; pepper applied directly to the eye would be quite uncomfortable and possibly damaging. 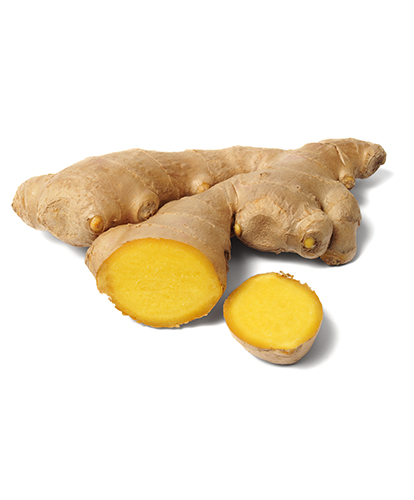 The medical form of ginger historically was called “Jamaica ginger”; it was classified as a stimulant and carminative, and used frequently for dyspepsia and colic. It was also frequently employed to disguise the taste of medicines. Ginger is on the FDA’s ‘generally recognized as safe’ list, though it does interact with some medications, including warfarin. Ginger is contraindicated in people suffering from gallstones as the herb promotes the release of bile from the gallbladder. Ginger may also decrease joint pain from arthritis, though studies on this have been inconsistent, and may have blood thinning and cholesterol lowering properties that may make it useful for treating heart disease. The characteristic odor and flavor of ginger root is caused by a mixture of zingerone, shoagoles and gingerols, volatile oils that compose about one to three percent of the weight of fresh ginger. In laboratory animals, the gingerols increase the motility of the gastrointestinal tract and have analgesic, sedative, antipyretic and antibacterial properties. 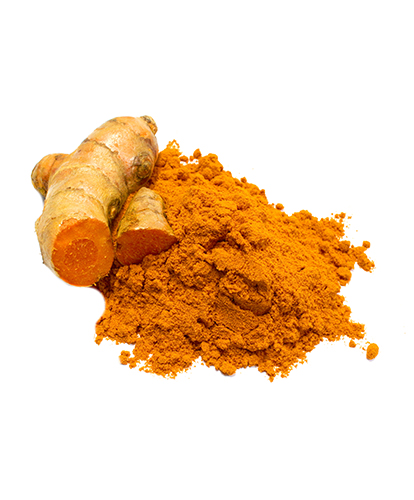 Curcumin is the principal curcuminoid of the popular Indian curry spice turmeric, the other two curcuminoids being desmethoxycurcumin and Bis-desmethoxycurcumin. The curcuminoids are polyphenols and are responsible for the yellow color of turmeric. Curcumin can exist in at least two tautomeric forms, keto and enol. The enol form is more energetically stable in the solid phase and in solution. It is also hepatoprotective. Curcumin can be used for boron quantification in the so-called curcumin method. It reacts with boric acid forming a red colored compound, known as rosocyanine. Because curcumin is brightly colored, it has been used as a food coloring. As a food additive, its E number is E100.

Everyone should take AmyNex™- because no one is immune from getting Alzheimer’s disease. AmyNex™- is also designed to provide means to support the viability of neuronal cells and protect the neuronal cells from agents that cause the onset of AD, thus may reduce the on set of the disease and alleviate the symptoms associated with the disease. AmyNex™-II is different forms of AmyNex™-I that is developed for people who has difficulty with Ginkgo biloba principles. Thus, AmyNex™-II does not contain Ginkgo biloba principles as one of its major constituents.

It is evident that Alzheimer’s disease indiscriminately afflicts people. The rigorous experimental results demonstrate the natural compounds in AmyNex™-II may prevent the onset of the disease by protecting neuronal (brain) cells from beta-amyloid insult. As a precautionary measure everyone, who is older than 40 years old who intend to enjoy a healthy mental life, should take AmyNex™-II.

In addition, AmyNex™- showed no side-effect or toxicity toward the neuronal (brain) cells.
In fact, it was found the compounds present in AmyNex™- are liver tonic.

The natural compounds present in AmyNex™- have been patent filed for intellectual property protection.

When is the best time to take NeuroZyne™ – X?

The suggested dosage is to take minimum of one NeuroZyne™ – X capsule in the morning and minimum of one capsule at night depending on the condition. It is suggested to take the product with meal.
The biological efficacy of the active constituents in NeuroZyne™ – X have been extensively researched and demonstrated in over 200 peer-reviewed scientific articles.
The biologically active constituents in NeuroZyne™ – X are anti-oxidants that have also been recognized to modulate the aging process of cells in our body in addition to their anti-inflammatory properties against arthritis and inflammation of prostate.
NeuroZyne™ – X is manufactured using a proprietary technology developed by Global life Laboratory Corporation(GLLC). The formulation and claims on the efficacy of the active consituents are covered in pending patents.

Is it safe to take NeuroZyne™ – X

The effectiveness of the key active ingredients in NeuroZyne™ – X has been documented in prestigious publications like The lancet, British Journal of Clinical Pharmacology, and European Urology. They are hundred percent natural and are probably already in your diet in some of the foods you eat. However, if you are taking prescrition medication, or you have other concerns, it is always prundent to consult with your doctor before beginning any new healthy regimen.

Will your prostate affect your sex life?

Because the prostate rests near the sexual reproduction system, an enlarged prostate with sex drive or performance. Keeping your prostate healthy is important for proper sexual health. NeuroZyne™ – X supplies nutrients to help your body support healthy prostate, urinary,bladder and sexual functioning.

Would it help for memory lapse after major accident?

The reason behind memory lapse after major accidents could be due to brain cell damage. If the memory lapse or loss of cognition is apparent after an accident, the brain injury may be more serious than appearance. The brain damage symptoms from an accident may show up several years later if not taken serious. It is known that injured neurons deteriorate faster than those are not. Thus it is better to take an extra care if suspected of brain injury even it does not appear traumatic.

Is it alright to for pregnant women to take AmyNex?

As with any other medication, it is not recommended for expecting mothers or breast feeding mothers to take the product. It is recommended for the mothers as soon as the baby is weaned from mother’s breast feeding. This is important to protect and revitalize the mother’s brain because mother’s brain cells undergo severe stress and sustain damage during the birth of a child. It is said women’s brain shrink ~10% during the birth and recovers over several months. This may be the reason why women complain of memory loss after having a child. Thus it is important to assist the brain to recover as quickly as possible after the birth.

From high school students to graduate school students, young adults in 30’s and 40’s, persons from various age groups have taken the products to reap the benefit. As mentioned above neurons have been deteriorating and dying out since the age of twelve, perhaps by millions every day as scientists predict. Thus it is important to protect and vitalize neurons at all time.

We suspect one of the family members show Alzheimer symptoms although it does not appear to be serious.

From high school students to graduate school students, young adults in 30’s and 40’s, persons from various age groups have taken the products to reap the benefit. As mentioned above neurons have been deteriorating and dying out since the age of twelve, perhaps by millions every day as scientists predict. Thus it is important to protect and vitalize neurons at all time.

Is it all right to take AmyNex with other medication?

As with any other medication, it is not recommended to take AmyNex with other medication to reduce a possible drug-drug interaction. Many of the active constituents in AmyNex have liver tonic property that boost liver function. It is possible these properties could reduce the efficacy of other medications if taken together.

My folks are currently taking other Alzheimer medication and suffering from gastrointestinal side effect. Is there such side effect from the product?

One of the major draw back of the currently available prescription Alzheimer drugs is the gastrointestinal side effect. These medications only temporarily alleviate the symptoms of the disease and do not address the cause of the problem. Most of the patients taking the currently available prescription drugs are forced to take additional medications for gastrointestinal discomforts and forced to stop the medication due to the side effects after a few months.

With AmyNex these problems are eliminated. There are many who have been taking the product for last several years without a report of side effect. There are also others who have been taking two or three capsules at a time over many years without any side effects. Infrequent discomforts from taking AmyNex have been due to the size of the capsule and herbal flavor, in particular, when they burp which is easily resolved with a small amount of food. We recommend taking the product during the meal.

How long will it take to see the improvement?

The time it would take to see the improvement cannot easily be predicted. It can take a few weeks to several months (~ 6 months). A person in 50 years of age cannot expect to recover the memory function to 20’s and 30’s overnight. The reason is because neurons have been deteriorating and dying since approximately twelve years of age; thus cannot easily estimate how many cells have been damaged and dying. Unfortunately, current technology does not allow us to both qualitatively and quantitatively estimate their condition at the cellular level.

Do persons with Alzheimer symptom show improvement from taking AmyNex?

Many with the disease symptoms taking AmyNex show improvement. Since dead neurons cannot be replaced with new neurons, complete cure from the disease cannot be expected.